I’ve been home brewing for a little over a year now (which makes me a relative newbie in the field), and of course, I still encounter issues. It’s a matter of knowing what to do when these certain problems arise that turns you into an expert. I don’t claim to be an expert by any means (yet), but practice makes perfect, so I’m going to keep trying!

Before reading this post, I highly recommend that you go back and read the previous posts about the equipment needed, the brewing process, and the bottling/kegging process. I find that once you have a good understanding of how beer is made and stored, it’s easier to identify problems along the way and to make adjustments to resolve the issues.

I think any home brewer can tell you that your beer doesn’t always turn out as expected. Most problems are easily identifiable once you know what to look for, and can be resolved if you catch them early enough. This post is designed to help you figure out what to look for, and how to fix the problem when you encounter it.

Solution: The beer is likely too sweet because the yeast did not convert all of the fermentable sugars into alcohol. I have found that this is usually because of the fermentation temperature. Check the yeast packaging for the ideal temperature range, and try to keep it within that range at all times. If the wort becomes too warm or too cold, the yeast can die off quicker than intended, leaving behind sugars which haven’t been converted into alcohol. If necessary, try pitching new yeast and keeping the temperature consistent.

Solution: When intended, a funky or sour beer can be amazing, but when it’s not, you’ll likely end up having to pour that batch down the drain and start over. It’s one of those unfortunate scenarios that can’t be fixed this time around, because your beer has become infected. Contamination is usually the result of improper sanitization, so be sure all of your equipment is thoroughly cleaned and sanitized before trying again.

Solution: This could mean a few things:

Solution: When you’re using sugar to carbonate your beer, it is usually best to leave it stored at room temperature for two to three weeks before refrigerating it. If you open a bottle of flat beer, and you’ve given it plenty of time to carbonate, add a carbonation tablet (you can find these at your local homebrew supply shop) and recap.

Problem: The beer is too carbonated or bottles are exploding.

Solution: The beer was likely bottled too soon, or too much priming sugar was added. In either case, you can open up the bottles to vent them, then recap. You may need to do this a few times if the beer is severely over carbonated. Refrigerating the bottles can also help to slow the fermentation, but be careful—if one bottle exploded, others could likely have the same fate!

Problem: The beer is hazy or cloudy.

Solution: Again, there are several reasons this can happen, but none of them are harmful. Here are some causes:

In any case, if the cloudiness is bothersome, you can cure this even after fermentation with a fining agent from your local homebrew shop (such as isinglass, Polycar, etc.). For all-grain brews, you can also enhance the clarity by adding Irish moss during the last few minutes of the boil.

Problem: The wort is darker than expected.

Solution: This is a common problem with extract brewing because the malt extract can scorch during the boil. You can’t change it, so just know that it shouldn’t have any real effect on the final outcome. The problem will likely be resolved once you move into all-grain brewing.

I hope you have learned something new from this series. I would love your feedback on this topic! For those homebrewers out there, I’d love to know what problems you’ve encountered and if you’ve figured out a solution.

​So your beer is ready, and it’s time to package up the goodness! Lesson 103 is designed to help you bottle and/or keg your beer. If you’re just tuning in, I recommend that you go back and read the previous posts about the equipment needed and the brewing process.

​The above video shows “racking” your beer, simply transferring it from one container to another. 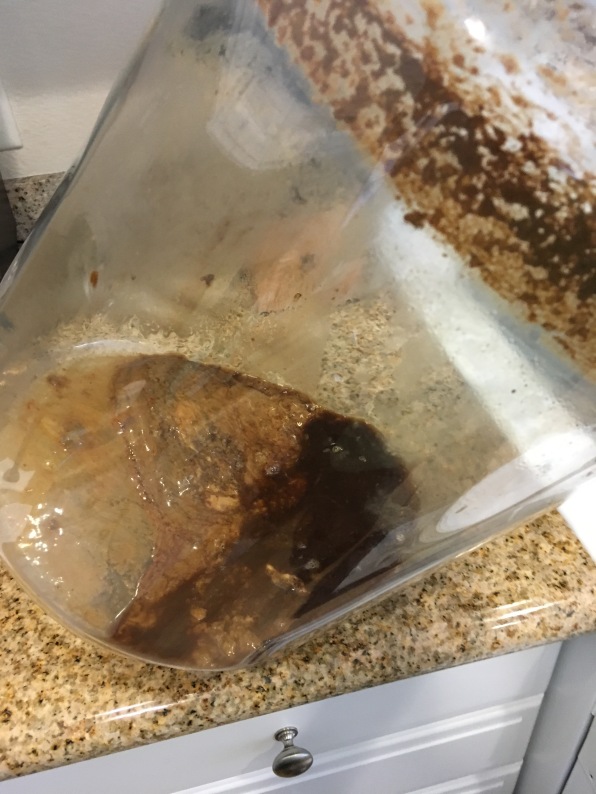 This process is much easier with a second set of hands, so grab a beer-loving friend and impart them with some homebrewing knowledge along the way!

One last note to consider… People often ask how long a beer can be stored for. It’s really dependent on the style of beer. Low ABV beers (like lagers or “sessionable” ales) and hoppy beers (like pales ales and IPAs) are best drank fresh, usually within 90 days of bottling/kegging. Stronger or very dark beers can continue to improve with age and are sometimes at their best after 6 months or longer.

I’ll do a separate post about cleaning and sanitizing and its importance later, but this should give you a basic starting point for now!

Homebrewers: I want to hear from you! In your experience, have you found any improvements to the process? What has made your life easier on bottling day? Do you prefer to keg your beer?

Want to know more? The final post in this series will cover common homebrew problems and solutions, helpful for even the most experienced homebrewer!

It’s easy to learn how to brew beer, but the process can take years to master. Once you become proficient with the basic technique, many tweaks can be made to improve the quality of your brews.

For those of you who may be thinking of getting into home brewing, but may not fully understand the process, I thought I’d break it down for you in this post (this is how I wish someone had explained it to me when I started). For those of you who do have some experience with homebrewing, I’d love your to hear your comments on your experiences and what’s worked best for you.

If you haven’t done so already, please go back to my previous post and make sure you have all the necessary equipment before you get started! In my next post, I’ll walk through the bottling/kegging process. I hope I can inspire you all to take up this fun hobby!

Plan to spend about 4 to 6 hours on your first brew day. Many first-timers (myself included) underestimate how much time it takes to complete the steps below. Same applies to your bottling/kegging day—plan for it to take twice as long as you think it will!

Also, it’s important to take good notes throughout the process. When you add or change something in a recipe, it’s vital to know exactly what you did so you can re-create it later! Even if you never plan on brewing that particular beer again, you’ll more easily be able to identify problems based on the final outcome. Look back and see exactly what was added and when, then you’ll know how to avoid those issues in future brews.

I’ve separated the instructions below to include both the extract and all-grain brewing methods. If it’s your first time, consider starting with the extract brewing method just to get the hang of things. Once you feel like you have that down, you can purchase the additional pieces of equipment you’ll need (see my previous post for a list) and jump right into the all-grain method. Keep in mind that this process works for ales, but if you’ll be making a lager, it will involve some additional equipment and steps not listed in this post.

Now let’s get to it!

Note: steps 3 through 9 are for all-grain brewing only

Note: steps 10 and 11 are for malt extract brewing only

For further reading, I’d recommend How to Brew by John J. Palmer. It’s considered the go-to source for new homebrewers, and takes you all the way from the basics into the full science behind the brewing process.

Those of you already homebrewing: how do you brew? What methods or equipment have you found that works really well (or what doesn’t work so well)?

Stay tuned for Homebrewing 103, where you’ll learn how to bottle or keg your latest creation! 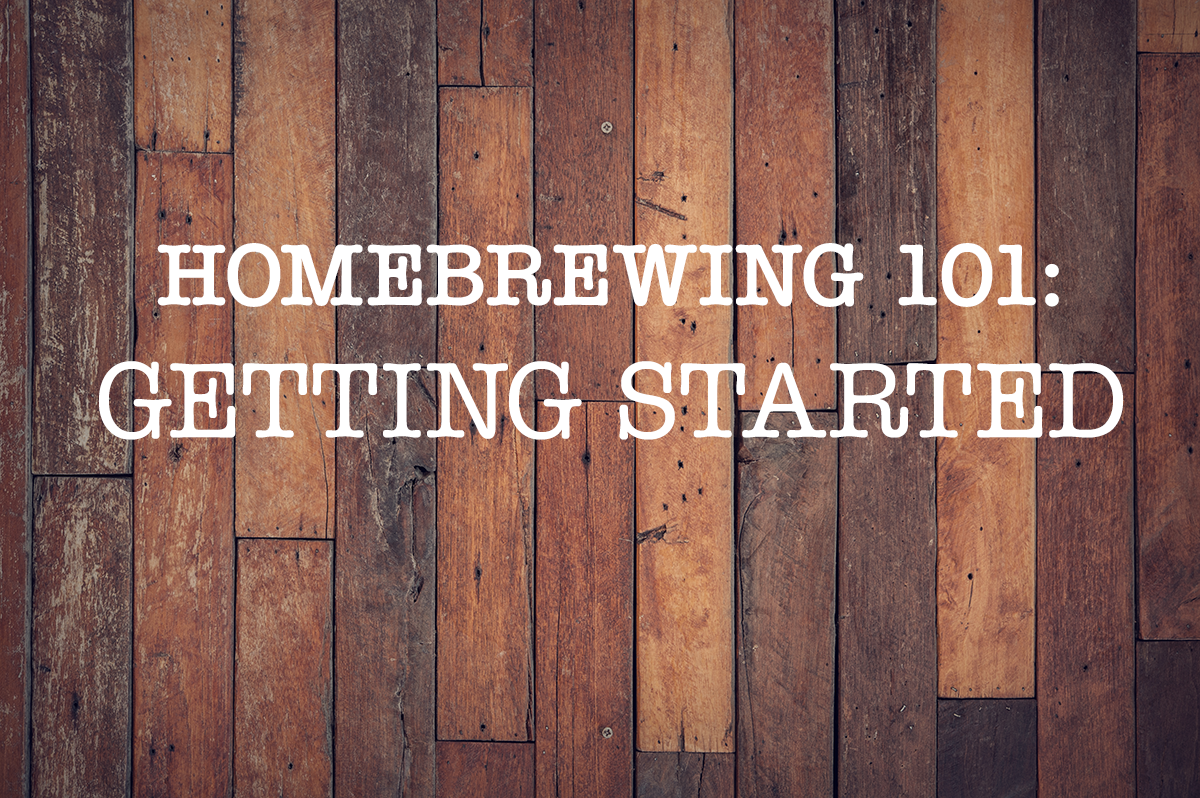 If you couldn’t already tell from the title, the focus of this series is going to be all about homebrewing! This series will be broken down into four parts: first, what you need to get started; the second will focus on the brewing process itself; part three will focus on bottling and/or kegging your beer; and finally, I’ll go over how to identify common problems and their solutions.

I love homebrewing because my knowledge is constantly expanding based on experience. Every time I brew, I encounter some new hurdle that I need to overcome and figure out. That’s fun for me, but what’s even better is the people you meet along the way. Other homebrewers are almost always willing to lend a helping hand (or a piece of equipment) if you need it. Make friends with the people you meet at the homebrew store or out at breweries and plan a brew day! Before you know it, you’ll find yourself fully immersed in this fun hobby!

This first post in the series is designed to be a sort of checklist for what you’ll need in order to get started with this new hobby. Print it out and use it as your guide! 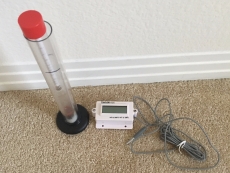 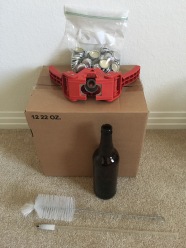 Ingredients (exact specifications vary depending on the recipe):

I find the easiest way to make sure you have all the correct ingredients is to buy a beer kit, especially if you’re just starting out. These kits will contain the malt extract, hops and yeast you’ll need for your desired style. Just add water!

Look up your local homebrew supply store and pay them a visit. If you’re more of an online order person, I’d recommend the following sites:

Keep an eye out for part two, where I’ll detail the actual homebrew process. In the meantime be sure pick up your equipment and ingredients!